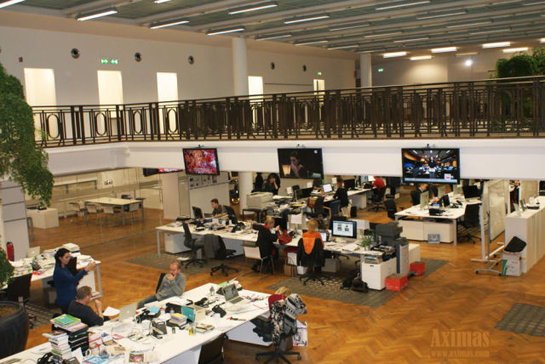 The Belga News Agency has rented through the intermediation of Aximas 2000 m² trendy office space in a transformed packhouse in Brussels.

The art-deco building is a protected monument with unique office patio. This transformed packhouse on the Quai au Pierres de Taille in Brussels, very close to & within walking distance of the Northstation, a subway station as well as an easy access to both the motorways.

The offices were leased by De Persgroep to house the newsedition of the well-known Belgian newspaper De Morgen. After an internal re-organization of De Persgroep merged its newseditions together and has exclusively instructed Aximas to find a solution. Within 4 months Aximas located several prospects including Belga and a sublease with option to continue in normal lease was finalized 2 months later.