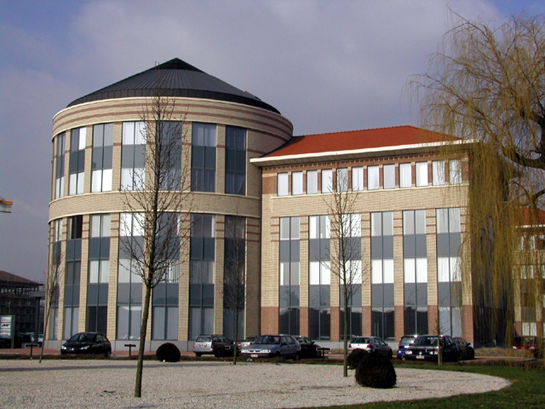 Vedior Interim has rented new offices in Mechelen Campus through the intermediation of Aximas.

When Aximas guided Vedior Interim through the available office space in Leuven to house their service call-center, it became immediately clear that it would be impossible to find offices of the size they required, at least not before the end of 2001. A central and easily accessible location being the prime selection criteria for Vedior Interim, Mechelen was the obvious alternative.

After having examined several options, Mechelen Campus was selected because of its availability before the end of 2000 and the basically unlimited possibility to expand on the same location with the same landlord without breaking contract. Vedior Interim will occupy the 1st floor of building A of which they will immediately occupy 579 m² and an option for an additional 277 m².

Mechelen Campus is a 55.000 m² multi-facility office park ideally located in the proximity of the E19 motorway Antwerp - Brussels (near Intercity Business Park).

The business park is designed with fine style and timeless architecture and the flexibilty of the developer will allow most companies to find a solution for their desires. Units available as of +/- 200 m². Approximately 2.000 m² facilities such as fitness, child care, restaurant, etc. will be foreseen on-site.