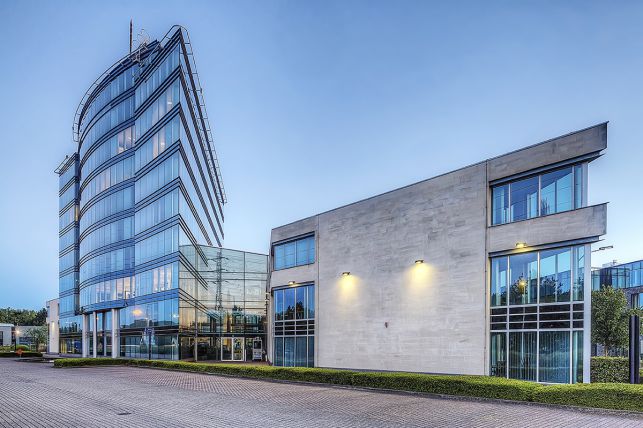 Offices to let in the Mechelen Business Tower

Mechelen Business Tower I stands opposite the Intercity Business Park and enjoys a perfect visibility from the motorway. It is located in Mechelen-Noord making it easily accessible via the direct turn-off from the E19 motorway between Brussels, Mechelen and Antwerp. It forms part of the new office and high-tech development area in the North Industrial Park. Easily accessible by public transport. Surrounded by companies such as Peugeot, Bulo and many others, Mechelen Business Tower can count on international recognition. The site is easily reached by diverse transport methods. Both the airports of Zaventem and Deurne (Antwerp) are within 20 km of the site. A helicopter base is situated only 500m from the building. Mechelen railway station provides 15 direct connections to other major towns in Belgium as well as trains to and from Antwerp and Brussels every ten minutes. Because Mechelen station is the oldest and most central in Belgium, it provides not only national connections but also links with many international locations. In the near future, the HST Paris-Brussels-Amsterdam will pass through Mechelen. Public transport between the station and the Mechelen Business Tower has a frequency of 3 buses per hour. The Mechelen-Noord junction on the E19 is easily accessible from the industry zone where the project is located.