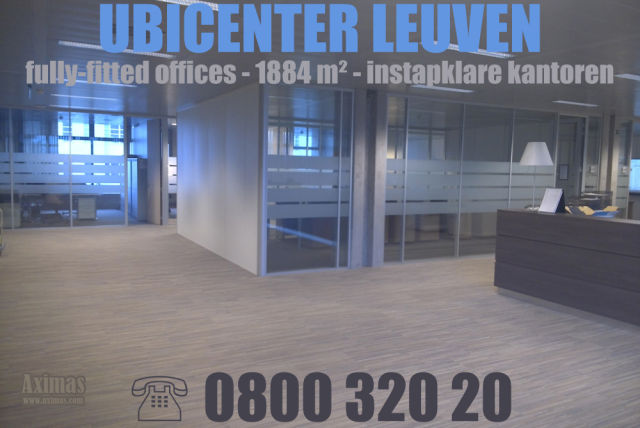 De Watergroep has rented through the intermediation of Aximas about 1800 m² office space in the Ubicenter near the Leuven trainstation. Aximas had been exclusively instructed by the current tenant Tessenderlo Group to sublease or assign their offices in the Ubicenter. The superbly fitted-out office space was a plug-and-play opportunity for De Watergroep who plan to strip & renovate their own office building in Leuven.

The Ubicenter offers up-to 6000 m² budget office space near the Leuven trainstation, divisible as of 500 m², smaller office solutions with shared facilities are offered in the business center uBIZcenter on the topfloor. The UBIcenter is located on the former Philips-site alongside the Leuven inner-periphery and consists of a 30.000 m² multi-tenant office building with facilities such as a congress center & restaurant. The site has a frequent busline and is close to the Leuven trainstation. This office building can also benefit from an exceptional accessibility by car & is only a few minutes from the E40 Brussels-Liège or the E314 Hasselt-Leuven motorways.