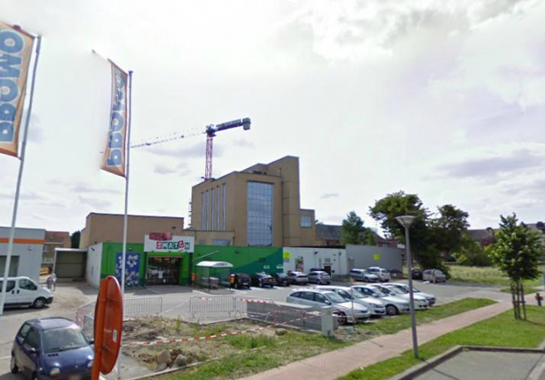 Aximas has negotated the lease of a new administrative headquarter to Chaudfontaine, the well-known beverage group.

Situated between their Brussels headquarters and their production facility in Chaudfontaine, Tienen is an ideal location for the Chaudfontaine administrative center. Furthermore Tienen is not yet affected by the major traffic problems at rush hours on the E40 highway between Leuven and Brussels. The office tower - a former liquor distillery - is situated at 5 minutes from the E40 highway as well as the Tienen city center. The former distillery will completely be renovated according to a project worked out by ArchiTeam. ArchiTeam previously renovated for the same landlord the well-known Hungaria building in Leuven for its principle tenant Interbrew who now occupies a majority of that building. The transaction was closed at a rent of 87 €/m²/year.

The renovated distillery will provide 1.802 m² spacious and luminous loftstyle offices, meeting facilities, large terraces and an important parking in a green surrounding. Getelaan 100 / Nieuw Overlaar 197 in Tienen consists of a retail warehouse park alongside the Getelaan as well as an office tower in a former liquor distillery alongside Nieuw Overlaar.