GIM has rented offices in Ubicenter in Leuven 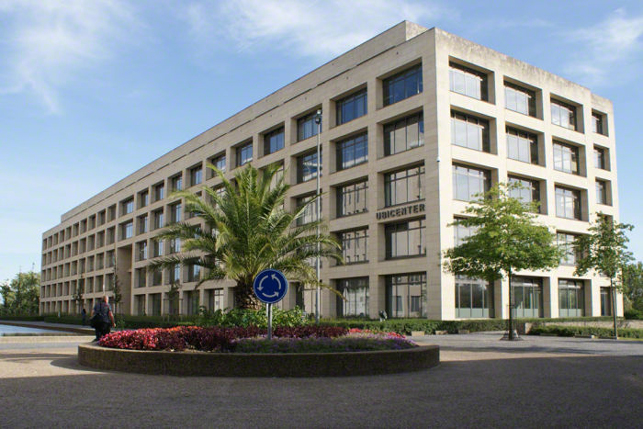 GIM, expert in geographic information, will soon be moving to the fifth floor of Ubicenter, occupying a floor of 1238 m² equipped with a large terrace overlooking the Park Abbey domain.

The UBIcenter is located on the former Philips-site alongside the Leuven inner-periphery and consists of a 30.000 m² multi-tenant office building with facilities such as a congress center & restaurant. The site has a frequent busline and is located close to the Leuven trainstation. This office building can also benefit from an exceptional accessibility by car & is only a few minutes from the E40 Brussels-Liège or the E314 Hasselt-Leuven motorways.

The Philipssite is also home to the federal government in the Leuven region, the police station and Sport Oase, the largest sport infrastructure of the city. The site connects to the beautiful domain of the Park Abbey with its magnificient trails and ponts.